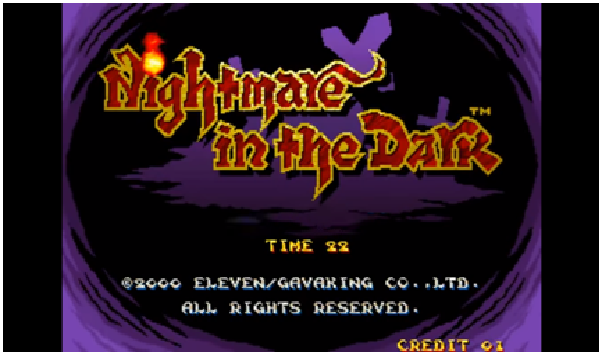 Once again, it’s that spooky time of the year and, with the Halloween vibes ever so close, what better moment to talk about some good ol’ creepy games? In today’s article on Getting Good, we’re going to discuss a game that you probably haven’t heard about; a title that goes by the name of Nightmare in the Dark.

Released in 2000 by Gavaking, this obscure title surfaced in a time where these type of platformer arena games were phasing out and giving way to other games with more “modern” gameplay. In a sense, you could say that Nightmare in the Dark is homage to those old-school titles where the gameplay was as easy as ever to pick up, but tough as nails to master. Furthermore, in true arcade game fashion, the idea was to complete all the stages while also collecting as many points as possible. In this regard, Nightmare in the Dark feels like a classic car that’s been given a modern paint job.