Apex Legends—The Battle Royale to Rule Them All? 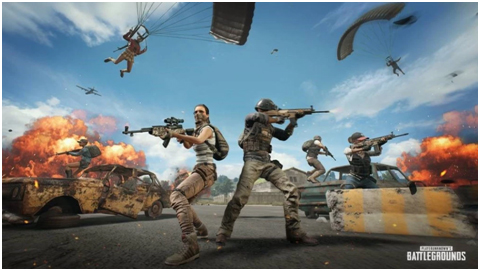 The Battle Royale genre is the gift that keeps on giving. Ever since PlayerUnknown’s Battlegrounds was released and took the world by storm, there have been a string of developers trying to cash in on the unique formula of the genre, while also improving it and adding their unique touches. However, history showed us that a good formula is not the only ingredient to make a good game. With such strong competition, PUBG has fallen into relative obscurity, at least when compared with other, more successful titles like Fortnite or the latest Call of Duty, which also featured a BR mode called “Blackout.”

The concept of this genre is simple: a number of players or teams drop onto a zone with buildings riddled with loot, after which they must explore the said buildings to pick up weapons and gear, and then face off against the other teams. After a lengthy mix of escape and evading, precision shooting, reckless driving and, in some cases, a hefty chunk of luck, the last person or team standing is crowned as the victor of the match.

Most of these games are played either in a third-person over-the-shoulder view, while some can only be played in a first-person perspective, akin to old-school shooters. Furthermore, while the concept is similar in most games, some of them diverge heavily in the way their guns handle: shooting a gun in PUBG is vastly different than shooting another, similar gun, in Fortnite. Additionally, most of these games offer some elements of physics to their shooting such as bullet drop, bullet penetration, target leading, and other factors that you’ll need to keep in mind before taking the shot. All of these different elements including the aforementioned physics, coupled with the handling of the different weapon types, make these game a veritable experience for anyone who enjoys some awesome FPS action.