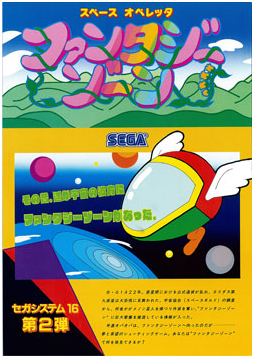 In this month’s edition of Getting Good, we’re coming in hot with a two-part guide on one of the games that defined my childhood, in particular. As a ‘90s kid, I wasn’t really old enough to experience the arrival and boom of video games in the early ‘80s. I could only read about how games were back then while playing on my NES (my first console). However, I vividly remember playing a certain unlicensed game on a friend’s NES, a Sega game by the name of Fantasy Zone.

Back then, this game was a dream to play; an absolute fever dream, that is. Regarded as one of the so-called “cute ‘em ups,” which is a subgenre of regular shoot ‘em ups, these games are like your typical space shooters, but with a very adorable and colorful aesthetic. I recently ran into Fantasy Zone once again since, due to its popularity in Japan, it got ported both to the Wii and the 3DS, so I guess today’s as good as any day to write a Getting Good on this classic.