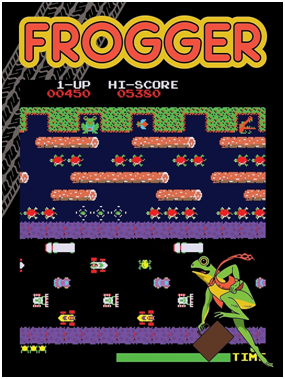 Who would’ve ever thought that a concept as simple as “crossing the street” could take off and become a phenomenon? Well, to be fair, it WAS the ‘80s; a time where games were as simple as they could be and players would play for something as ephemeral as “points.” This is the reason why the vast majority of the most popular arcade games of the time consisted of titles with simple mechanics, but that were also very difficult to master.

Frogger is among these popular & iconic games, where the objective is to take control of a daring amphibian and help it to cross a busy highway to get back to his home in the swamp. However, he must avoid speeding trucks and cars, and even other ravenous animals along the way to make it home safe and sound. This simple concept took off in the early ‘80s and made Frogger into one of the most successful games at the time, alongside other classics like Q*bert, Pac-Man, and Space Invaders, among others.