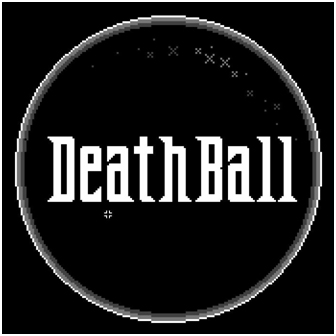 It’s always a marvel when we find a game designer working on a new arcade indie game. Just like with Cosmotrons, which we’ve talked about on several occasions, a new developer has been hard at work, pursuing his dream of creating an arcade game. The name of the project is Deathball and, as of today, is now available for interested arcade operators – or collectors – to order via the game’s website.

It all started almost two years ago when Tony Hauber, then working in San Francisco, broke off from his job to focus entirely on Deathball, his arcade game. After almost seven months of hard work and silence, the developer resurfaced on the r/gaming subreddit with a post announcing his progress on the title that he had been working on. Specifically, the post mentioned how the very first prototype was launched and made available to play in San Francisco’s Brewcade, a popular spot that combines arcade games and handcrafted beers to provide a truly awesome gaming experience.

On launch night, the game saw a lot of activity as patrons lined up to try it out, setting it up for a solid start. This success behind this interest boils down to the game’s simplistic concept which is defined by DeathBall creator thus: “Two wizards, one ball, one bubble, one button, lots of possibilities.” Sure, that seems like a mouthful when you say it out loud, but it perfectly sums up Deathball’s gameplay, and we’ll show you why.