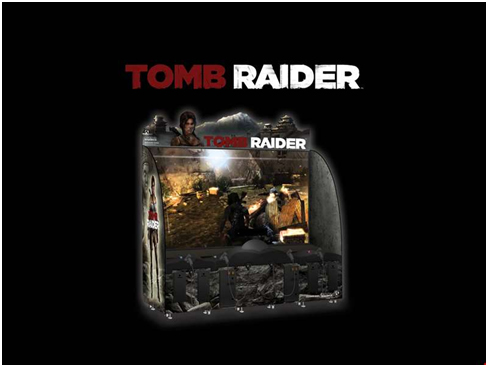 Fans around the world are rejoicing at the prospect of a (possibly) great tomb raider movie, which is currently in production, and scheduled to release this March 16. The film, which is starring Ex-Machina’s Alicia Vikander, is based on the 2013 remake of the popular video game franchise, which was rebooted by Crystal Dynamics, and published by Square Enix on that year. The game itself was groundbreaking, as far a the series goes. As a reboot, it explores the origins of Lara Croft, the fierce and independent archeologist that the games always followed, only this time she’s an inexperienced, wet-behind-the-ears rookie on her first expedition to Yamatai, a fictional lost island in the Dragon’s Triangle off the coast of Japan. Lara, who is yet untested, has her expedition assailed by natural disasters and finds herself estranged from the rest of her group. She must then make her way through the island, and escape from a band of cultists, in hopes of reuniting with her friends and making a great escape.

This game marked the second time that the Tomb Raider series was rebooted, with the first one being Tomb Raider: Legend. It’s launch was delayed from Q4 2012, to March 2013, which gave it plenty of time to create hype and expectations, most of which were achieved once the game came it out. Tomb Raider was received with excellent remarks and comments due to its graphics, gameplay, and Camilla Luddington’s performance voicing Lara. The protagonist’s writing, character development, and interactions were also greatly praised, though many critics frowned upon the addition of a multiplayer mode, as well as the apparent disconnection between what the player does, and the events of the story.