Tetris 99 Coming to the Mobile Platform 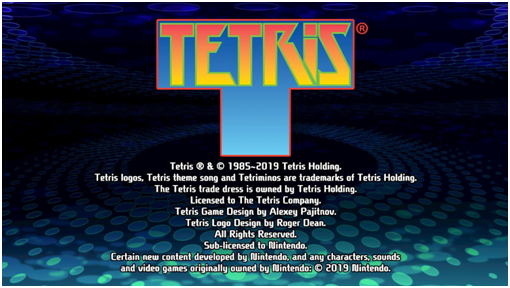 Alright, we know we’ve been pretty heavy on the Tetris news lately, but trust us when we say that, for the past few weeks, the popular franchise has simply been the gift that keeps on giving. Nevertheless, we promise we’ll keep it short this time around.

The game about dropping blocks in an orderly fashion is on its 35th anniversary, which is a nice number for the franchise to reinvent itself. And what better way to make a comeback than by adding battle royale mechanics?

The battle royale genre is arguably the most popular type of multiplayer games of the decade, with bangers such as PUBG and Fortnite taking the PC world by storm. However, if we were asked to guess which game would adopt these mechanics around 7 months ago, Tetris would’ve been our last guess. In fact, Tetris wouldn’t have even crossed our minds in the slightest. While it’s true that the game has a multiplayer component in some iterations, a battle royale approach is miles away from the core charm of the franchise.

Nevertheless, the folks at the Tetris Company and Nintendo definitely made it work as Tetris 99 is a huge hit. The Switch exclusive title has around 3 million downloads at the moment of writing. While the number of downloads pales in comparison to the 500 million+ total sales that the franchise has made since its inception in 1984, it’s a very decent number of downloads for a standalone game. Even today, you can boot up Tetris 99 and find a match in less than 5 seconds, which is a testament to the game’s quality.