The New TMNT Beat ‘Em Up Game: Living Up to its Legacy? 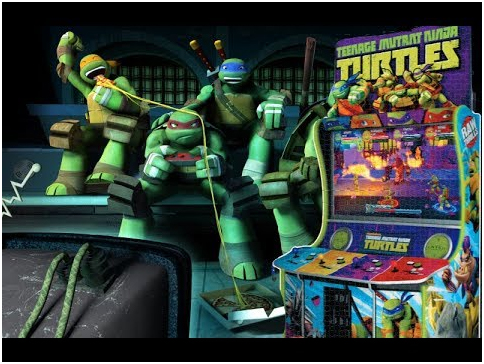 Video games that bear the ‘Teenage Mutant Ninja Turtles’ (TMNT for short) name have quite a legacy to live up to, both inside and out of the arcade. It is a tough legacy to properly honor however due to both the popularity and sheer quality that titles from this franchise used to have. With the turn of the century, we’ve seen a few new games starring those lovable “heroes in a half-shell”, mostly for consoles and/or PC. Unfortunately, these games were somewhat mediocre and unpolished, compared to the best games of the past like Turtles in Time, or even the first TMNT for arcades. Even Platinum Games, a modern developer famous for instant hits like Metal Gear Rising: Revengeance, and NieR: Automata, couldn’t live up to the legacy. In a turn of events that they would probably like to forget, their take on TMNT, Teenage Mutant Ninja Turtles: Mutants in Manhattan, was pulled from the digital shelves after less than a year of release.

Nevertheless, the continued failure of games about our favorite crime-fighting turtles hasn’t deterred certain companies from taking another crack at it. Back in October 2017, arcade developer Raw Thrills was discovered to be diligently working on a new beat ‘em up game based on the TMNT. The game, which was simply called Teenage Mutant Ninja Turtles, is based on the latest cartoon series that aired on Nickelodeon from 2012 to 2017. This offered a slightly different take on the famous reptiles, at least in terms of aesthetics.